Which Tripod to buy for video

When it comes to investing in a tripod for video work the first thing to consider is payload.  Generally speaking, the more weight a tripod head can comfortably hold, the more expensive it will be.  Of all the things in your kit the tripod is the bit of gear that could be around for the longest: cameras come and go, monitors become obsolete, even light kits get superseeded every few years, but tripods can last.  I have used Ronford Baker tripods that were probably older than me that worked beautifully. If you can afford to buy a bigger head with a bigger payload, it will be a good investment.

There are vast amounts of cheaper alternative tripods out there, but the old addage "buy cheap buy twice" applies here.  If you are serious about your images, you are going to want a decent tripod that will allow you to make smooth solid moves and will continue to do so after it has been hurled on and off hundreds of planes by burly baggage handlers or "throwers".  For my money, I would only really look at Satchler, Miller, O'Connor, Vinten and (at a push if you are using smaller cameras) Manfrotto.   As you will see from the reviews below Vinten are absent, but that is because I have only used their triopds a handful of times, so not enough to review them.  It is also worth considering that most grip equipment such as, jibs, dollys etc are designed to work with tripods with 100mm bowls.  Larger tripods from the big manufacturers will have this, and be able to  take the extra weight of a jib, the same can not be said all tripods. 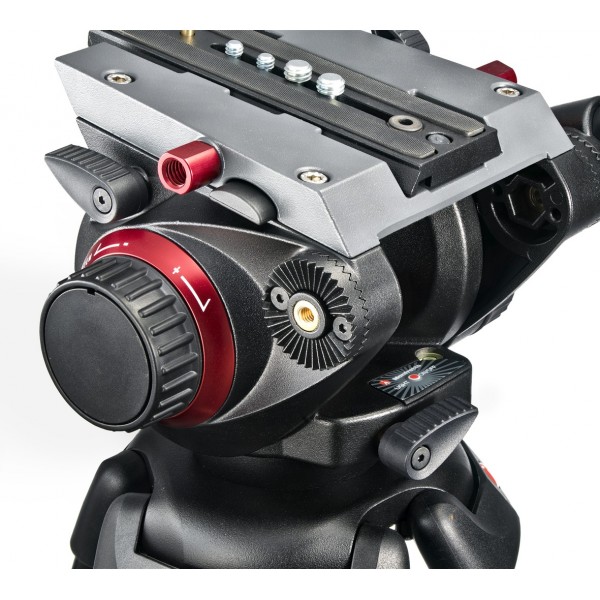 At the lighter end of the tripod range Manfrotto make several heads for video cameras.  The manfrotto 501 head is designed to take a payload of around 2.5kg or 5lbs.  If you are shooting on a DSLR with a small lens the head on the Manfrotto will probably do an okay job with smooth pans and tilts.  This head does have a good locking system for panning, but not for tilting - to lock this off you have to tighten up the resistance to full.  If you decide to start adding to your rig in the future, with a monitor or EVF, a long lens, a shoulder rig or a bigger camera, this head just won't cut it.

As you move up the Manfrotto price range you get the 504 (in the picture) and 509, these can take a heavier payload (around 7kg or 15lbs).  I must admit, I am not a huge fan of these tripods, the locking systems that stop the pan and tilt are never that sturdy, the plate on the top never seems to have enough travel forwards or back to correctly balance the camera.  These things I can put up with, but the thing that annoys me most about these tripods is the legs.  Several times I have used Manfrotto legs on a job (never my choice) where one of the legs starts to slide down mid shoot.  This is usaully solved by tightening the legs with an Allen key (if you happen to have one) not ideal.

Even if you don't need the additional payload at the moment, my advice would be to spend a bit more and go for something like a Miller, Satchler or Oconner.  I have heard of people shooting for their entire careers on one Satchler 20, these things are built to last. 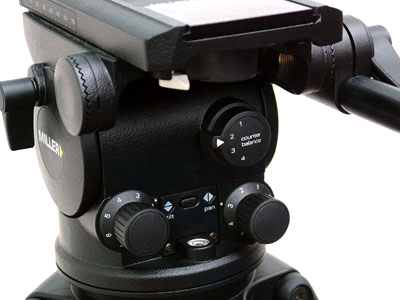 Of the three mentioned above the Miller work out the cheapest.  Miller are an Australian company, and their tripod designs are very much like that of Satchler.  The Miller Arrow 40 has a payload of 16kg (So just under that of Satchler V18 at 18kg) and the Arrow 50 is 25kg (Comparable to the Satchler V20 - also with a 25kg payload).

I have used both of these heads a great deal.  They work in much the same way, the only obvious difference is the operation of the tilt and pan drag mechanisms, but both work fine.  Both heads are decent quality and produce good smooth movement.  The only slight issue worth bringing up between these two is that the Miller's head has an unusually large screw handle that secures the head to the tripod legs, this isn't in itself a big deal, but some grip gear is designed with satchler in mind, such as dolly's, or high hats, and the miller screw won't always fit as it is so long.  This isn't a massive issue as you can get hold of a smaller satchler screw to hold the tripod head in place, but it is worth noting.

A slight plus point with me for Miller is the feet. Satchler feet often need to be fiddled with to make sure they are flat on the ground, whereas the Miller design seems to work better for me.

As you can see, not much to talk about between the two tripods here, so it may just come down to price and the payload that works best for your gear. 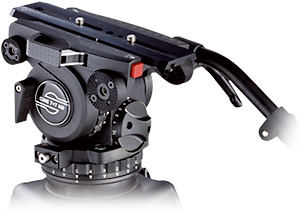 Although the Satchler V18 and V20 are the heads that are most commonly used for TV work, a new head that I recently used was the Satchler Cine 7+7 HD.  I was really impressed with this head.  One of the best features is the plate that has lots of forwards and backwards travel (around 6 inches).  This is really useful when using single chip cameras such as the Sony F3, F5, Canon C300 etc.  When using these cameras the weight distribution changes massively depending on whether you have rear external batteries, monitors, different lenses etc.  This larger amount of travel really helps balance the camera on the head properly. Under the plate is a great little feature, screw holes where you can store an additional pin, 1/4" and 3/8" screws - simple stuff but very useful. It also has a good solid feel: lots of the tightening leavers are metal rather than plastic. 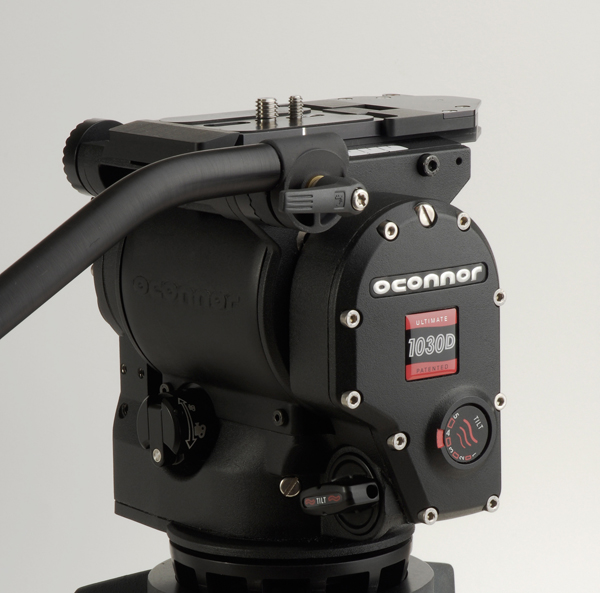 The next tripod to talk about is Oconnor.  Oconnor traditionally make tripods for the film industry although more recently they have made tripods with a slightly lower payload for camera such as the F3, C300, RED Epic etc.  In my opinion these tripods are great.  There is something incredibly solid about the way these heads operate.   A slight problem with the locking mechanisms on the Satchler and Miller tripod is that they are located off centre on the head itself.  If you tilt down and then go to lock the camera off at the very end of the move, by pushing the lock leaver, you can easily upset the move by pushing the head down.  With Oconnor this just doesn't happen, you come to the end of your move, switch the leaver and it is rock solid.  The Oconnor 1030d has a payload of 30 LBS (13.6 kg) and the S version 41 LBS (18.6 kg).  Price wise, compared to the payloads of the Satchler the Oconnor is the most expensive of the bunch.  For a 1080ds with carbon fiber sticks you are looking at around 7000 pounds in the UK, or just over that figure in dollars in the US.

Although it is expensive, this thing is built like a tank.  Everything feels very solid.  No matter how many times this thing gets thrown into the back of a van or hurled off an aeroplane by a disgruntled baggage handler, it will surely last.

Another tripod I am a big fan of is the Miller DS20.  I use this with my C300 for run and gun work when I need a lightweight tripod.  The DS20 packs down really small and is super light.  It also spreads wide and sits very low to the ground, so no need for a high hat or baby legs with this thing.